Billy sniffed at the sweet sensations that were wafting through the air. His mother was baking cupcakes again; his favourite. Not that Billy would be getting so much as a bite of cupcake though. Oh no, there’s to be no cupcakes for poor little Billy. You see, his mother had a perverse habit of baking cupcakes, but not giving her young son any of them. No matter how good they smelled; No matter how much Billy’s mouth watered or his tummy rumbled. “They’re for work, now put your nose back in your face,” his mother would snap should Billy ever whine about the lack of cupcakes that were going into his mouth.

Eventually it became more than Billy could take. Who could blame him? What six-year-old boy could handle being denied scrumptious baked goods that were within his tender grasp on a regular basis? So one night, after his mother had been baking, Billy snuck downstairs and into the kitchen. He looked in the pantry. There they were! In a box on the top shelf. Just as Billy was stretching up on his tippy toes, as high as he could go, he heard a noise coming from the other room. In a flash, Billy hid. From his position beside the fridge, Billy watched with wide eyes as he saw his mother go into the pantry and take out the box of cupcakes. Maybe she had heard Billy and was going to count the cakes? Billy hadn’t thought of that. But, no, his mother didn’t even try to open the lid. She simply turned on her heel and left the kitchen. Trying his best to be silent, Billy crept after his mother. To his surprise his mother headed out the front door and into the dark of the night. Billy quickly followed, wishing he had thought to put on a dressing gown. He followed closely behind his mother down the street, turning the corner and entering the local playground. Billy hid behind a bush while his mother placed the box of cupcakes on the ground. For the first time Billy noticed that his mother was carrying a heavy shovel. Surely she wasn’t going to bury the cupcakes, was she? Billy had never considered the idea that his mother could be insane before. During the day she seemed perfectly normal to him. But this was a new side he was seeing of her, and Billy wasn’t sure that he liked it. Billy watched as his mother stood with her legs spread wide, gripping the shovel like it was a sword. She stood like that for minutes, or was it hours? Billy lost track of time as he waited, holding his breath, to see what his mother would do next.

Suddenly a strange buzzing noise sounded from off in the distance. It got closer and closer, louder and louder, until Billy had to cover his ears with his hands. His mother stayed exactly where she was, seemingly oblivious to the sound. The buzzing stopped abruptly. Out of the darkness came a strangely shaped blob of green, oozing towards his mother. It was buzzing quietly. Two eyes on stalks seemed focussed on the box his mother had placed a few paces in front of her. Before Billy’s very eyes the blob changed ever so slightly, with arms protruding from the side where arms had never protruded before. It lifted up the lid of the box and took out a handful of cakes. The creature opened its mouth so wide that it could have engulfed the whole box, revealing row upon row of needle-sharp teeth. With a cry and a crack his mother sent the shovel swooshing down through the air, hitting the creature on the head with a thwack. Billy let out a cry of surprise, quickly covering his mouth with his hand. Too late, the damage was done. His mother turned her head towards his direction, letting out a startled gasp when she saw Billy cowering behind the bush. She was covered from head to toe in alien grime.

“Help me move this blob of an alien,” was all she said to Billy. And from then on Billy knew that, whenever his mother spent the afternoon baking cupcakes, some alien was destined to be clobbered. 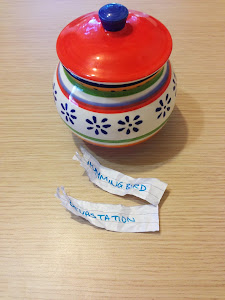 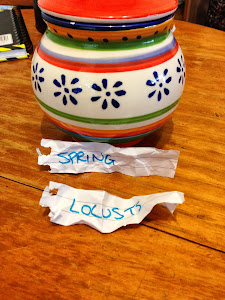 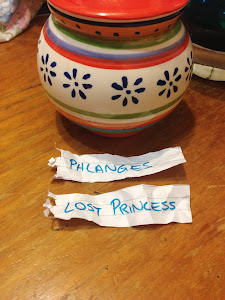 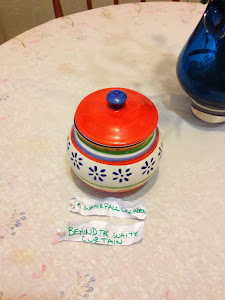 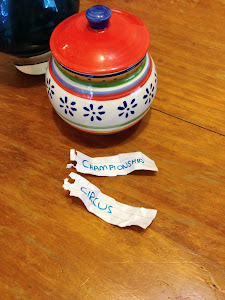 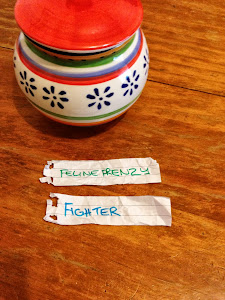 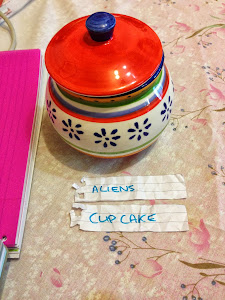 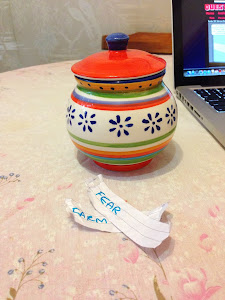 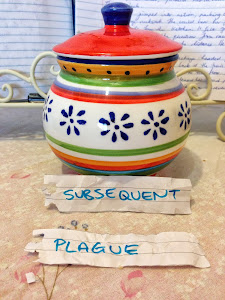 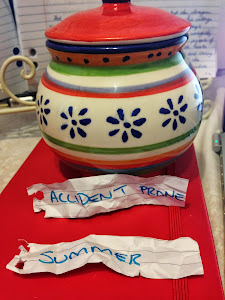